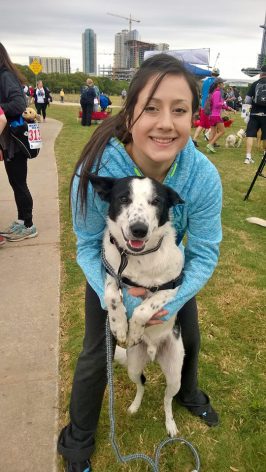 "To effectively communicate, we must realize that we are all different in the way we perceive the world; and use this understanding as a guide to our communication with others."
Tony Robbins

Ever since I was little, my passions in life always revolved around animals, and I dreamed of becoming an animal trainer. My family instilled in me that every animal in need was a life worth saving. From an early age, I was known as the neighborhood go-to for rescued animals; I would never turn down the opportunity to help any animal. To this day, I still do everything I can for an animal in need.

My journey in dog training and rehabilitation began in the Summer of 2005. On the outskirts of my family's property in Volente, TX, I rescued a litter of feral puppies that were born within a den dug out by their feral mother, right outside of our fenceline on a steep cliffside.

These puppies are the reason I became heavily involved in dog training, rescue, and rehabilitation therapy. 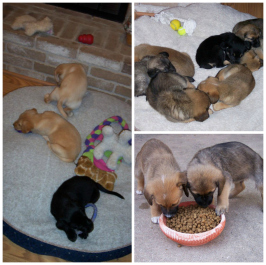 The first dog I worked with on behavioral issues was a puppy from my 2005 litter, Tucker. He had been born malnourished and sick, we were told he might not make it. Regardless, we decided to care for him around the clock and provide the best chance at a healthy, happy life. 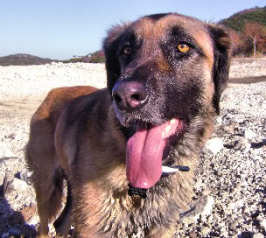 Before our awareness of the root problem of Tucker's behavioral issues, he attended standard training classes but remained unfriendly with strange people. Later, through my own education, I realized that Tucker was a genetically feral dog with lineage removed a few generations from the domestic canine; it was not in his nature to accept the company of strangers in close proximity. For this reason, he needed specialized training, which is how I happened upon trainer and behavior specialist, Diana Smith. Over the course of a year, we worked very hard with Diana to change Tucker's perspective on life in human society. Though he would never be a "dog park dog", he did get to the point of accepting the attention of new people and made a wonderful companion for our family.

In the summer of 2007, I was offered the opportunity to begin mentoring under trainer and behaviorist Diana Smith. Diana's boarding and daycare facility offered me the opportunity to work with dogs of all shapes, sizes, and temperaments.

In December of 2008, the dog of my heart was born. Indi is another feral rescue, born in a cave to a feral mother in Volente, TX. We began the process of rehabilitation with her as we had Tucker. As Indi grew older, she became a wonderful family companion and performance dog. At two years old she began competing in agility, and absolutely thrived on the field.

Though Indi excels in many different types of performance; she has never been comfortable with new dogs. This is, again, related to her genetic make-up. She can be trusted to love her pack, perform in crowds, but will never be a "dog park dog". This is something I have grown to accept and love about her. She just has special needs, and because of that, our bond is inseparable. 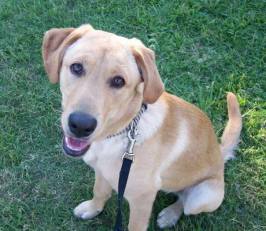 In the Summer, 2009, I rescued a third litter of feral dog puppies. These puppies, however, were tamer than the first two litters. The litter turned out to be wonderful companion and performance dogs for any dog owner. 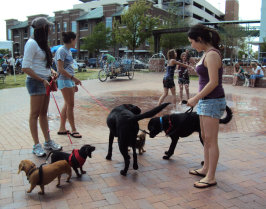 In 2011, I began teaching the sport of agility. My passion for dog training now revolves around both agility and behavior modification for dogs with reactivity and aggression, and sharing it with people and dogs from all walks of life. Any dog can play agility, and I love emphasizing that fact to anyone interested in the sport.

I firmly believe that the science of dog training and psychology is ever evolving, and that all trainers within the animal training industry should work to continue their education and learning in order to provide the best standards of practice to the clients and dogs that they work with. It is for this reason that after my certification, I am always seeking to learn more through continued education courses, workshops, and seminars. 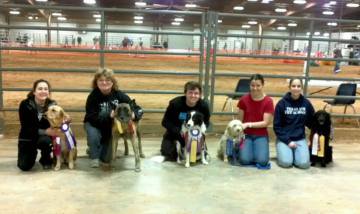 Three of my students at an agility trial in Belton

During the Spring of 2013, I added another addition to my pack! My first performance puppy, Chuckle, was born in Dallas, Tx. He is truly a character, but oh so serious about his work. Chuck is truly the picture perfect dog in my mind. Chuck has competed in UKI and will begin his competition career this coming Fall in USDAA. 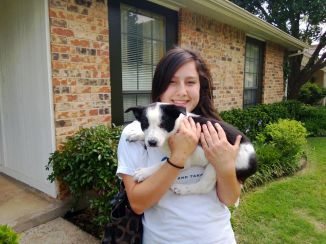 In the Fall of 2014, after six years of dog training, I opened a business independently. The majority of my time is devoted to training my own dogs, teaching group classes and private instruction, working with rescue groups, as well as taking continued education courses. 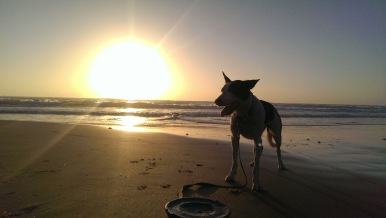 Intro to Come when Called

all other classes are held at

Free 10 minute consultation calls Offered to all new clients may be scheduled Monday through Saturday from 9:30 am to 7 pm.

To Sign up or inquire about our private training, board and train, public events, group classes, personalized petcare, and seminars, go ahead and fill out our new client information form, or contact our staff directly: